The top reasons why robots are suited for construction work, and what’s holding it back | Komatsu 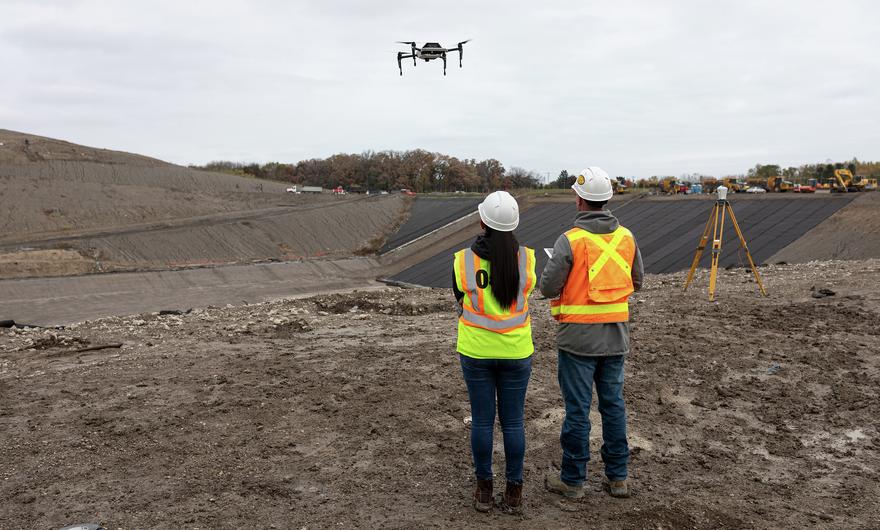 Automation between humans and machinery is increasing job site efficiency. Drones and GPS technology are among the technologies making it happen.

Could robots, smart systems and automated processes someday soon control the full operation of a construction site? Would it make the job of a project manager easier or harder in the short term? Long term?

Numerically, there are some clear wins for productivity when you leverage the repeatability of a robotic element to get work done, versus the variability of human work. For example, using a conveyor belt, robotic arm and concrete pump, Construction Robotics’ SAM100 (Semi-Automated Mason) can lay 3,000 bricks per day as it works alongside a mason. A human bricklayer typically averages around 500. So, does that mean a crew of SAMs can or even should replace a human crew? Not any time soon, according to one expert.

“We don’t see construction sites being fully automated for decades, if not centuries,” Zachary Podkaminer of Construction Robotics, the New York-based company that developed SAM, told Digital Trends in 2017. “This is about collaboration between human workers and machines. What SAM does is to pick up the bricks, put mortar on them, and puts them on the wall. It still requires a mason to work alongside it. SAM’s just there to do the heavy lifting.”

Robotics use in construction continues to make headway, though, as technology rapidly advances and the need for new solutions to worker shortages remains strong. In limited instances, automated or semi-automated devices are already working alongside humans.

Nils Napp, an assistant professor at Cornell University’s School of Electrical and Computer Engineering, and his students are studying robotics for building and other applications. He said these examples of “cobots” — robots that are built to work alongside humans — are good at what they do, but they have limitations.

“Right now, SAM and others like that are useful at one thing,” Napp pointed out. “Programming them to move on to a completely different function is a challenge that will have to be overcome. There is a lot of really cool theory on robot construction, such as using a large swarm of termite-inspired bots that work together to build a structure. In practice, application is difficult because the assumptions you need to make in order to develop the theories end up being really hard to map on physical robots.”

That may change as technology advances, according to Will Knight in Wired.  “It has long been impractical to deploy robots at construction sites because the environment is so varied, complex and changing,” writes Knight. “In the past few years, however, advances including low-cost laser sensors, cheaper robotic arms and grippers, and open-source software for navigation and computer vision have made it possible to automate and analyze more construction.”

Komatsu’s Jason Anetsberger, director of customer solutions, said that it’s becoming common practice to apply automation and analysis at customer sites. Both areas have made tremendous leaps during the past few years, which is helping transform construction, especially earthmoving.

“Automation is increasing efficiencies by replacing traditional manual tasks,” said Anetsberger. “For instance, machines and smart applications can be used for many processes, from mapping out a jobsite prior to bidding, to providing the owner with a digital plan of the finished product. During production, load counts and timecards can be done automatically. That information is available to on-site and off-site management in near real time, so they can get an accurate picture of where they are in relation to schedule and budget faster than ever before, and make any necessary adjustments.”

Drones are also gaining prominence. Construction businesses are using them for tasks such as surveying, building models, tracking progress, recording data, billing, measuring stockpiles and more. Drone usage in the construction industry has grown about 239 percent, according to a recent estimate.

Increased safety is another benefit of drone technology. Inspections in hazardous and/or remote areas can be done with drones without putting personnel in harm’s way.

“Simply put, drones enable us to provide needed views that are inaccessible, or otherwise too risky and expensive to capture by any other means,” said Ryan Holmes, program manager of unmanned aircraft systems (UAS) for Multivista, in a ForConstructionPros.com article. “We are using drones to help anywhere, from assessing land clearing and earthwork, insurance coverage, inspections, through to project completion and maintenance thereafter.”

“As with robotic total stations, drones can give you a highly accurate picture and identify potential issues that might have been missed during a ground survey,” said Anetsberger. “Instead of walking a site for hours to survey and map it, you can deploy a drone and have it done in a relatively short period of time. Regular flyovers during construction give you detailed information you can use to track the amount of material moved in any given time frame.

“That’s accurate data you can plug into programs  to see where you are in relation to your planned budget for a job and adjust practices or apply to bidding and estimating on future projects,” he added. “If you see discrepancies or plans change, you can use those programs to send updates directly to machines and personnel in the field remotely, saving time and cost.”

Areas with safety concerns, as well as some high-production operations such as mines, have turned to autonomous machines. Manufacturers are currently developing and researching them for use in traditional earthmoving applications and are making significant strides.

“There are two elements to autonomous work equipment,” noted Mike Salyers, senior product manager for Komatsu’s Smart Construction solutions. “One is a machine being operated by a person using remote control. The other is true operation using some sort of artificial intelligence.”

Operators can use remote control machines to control the functions of earthmoving from a distance. In war-torn countries where landmines may be an issue, they have also been used to help clear active minefields.

Even fully autonomous machines requiring no operator in the cab are on the horizon for construction. Manufacturers including Komatsu already use driver-less autonomous trucks in the mining industry and have done so for more than 10 years. Komatsu and others, such as Built Robotics, are working on autonomous excavators, dozers and compact track loaders that are designed for construction-related tasks such as digging, dozing and general material movement.

“Autonomous trucks are great tools and have helped mines around the world move billions of tons of material safely, productively and at a lower cost,” said Salyers. “The thing to keep in mind is that these trucks are on a fixed route or path and don’t deviate from it. Construction sites differ with material movement happening in various spaces and done with a variety of equipment.

“The key to being able to make it work on a more dynamic construction site will be full connectivity that allows machines to communicate with each other so that they are not duplicating efforts,” Salyers continued.  “For instance, dozers need to be able to ‘talk’ and tell one another when they are working in an area, so others don’t enter that space.”

After site work has been done to prepare building pads and parking lots, robotics can come into play in building construction itself with 3D printing that allows machinery to be programmed to create practically any shape. A 3D-printed, two-story house recently won the German Design Council’s German Innovation Award for its social, ecological and economical sustainability.

The house was printed with a mortar specifically designed for 3D printing by HeidelbergCement. “The printing of the residential house in Beckum is a milestone for 3D, concrete-printing technology,” said Dr. Jennifer Sheydt, head of engineering and innovation for HeidelbergCement. “We are convinced that this new type of construction will become an established standard in the years to come.”

How many years down the road will depend on several factors, according to Napp. Among them are trust, acceptance and an open mindset to different building materials, such as double-insulated stacking blocks that he believes would optimize automation.

“Autonomous machines and GPS earthmoving are proven to work,” Napp said. “A 3D-printed structure is also proven. An entire structure built by robots is different because you have to trust that the robots are correctly joining plumbing pipe and connectors so that they don’t leak, for instance. We have with that with humans. For now, the questions are there, such as would they meet code, can you even get a permit, are they fire and earthquake tested? If those, and other [questions] can be overcome, then I believe there will be faster movement toward acceptance and someday having fully or near-fully robotic construction sites.”

Anetsberger said that as machines become smarter there will likely be a correlating increase in robotics and/or autonomous machinery.

“Automation is necessary before full robotics can take effect,” stated Anetsberger. “Everyone knows there are smart machines in the construction industry right now that are being run by humans. Those are speeding up the learning curve for new operators, making them more effective faster. They are also helping reduce material and other costs. With a shortage of skilled operators, they are a great way to keep productivity high, and the data they provide is extremely useful for current project analysis and future estimating/bidding purposes.

“The next step will be fully autonomous construction machines, and there are prototypes being tested now,” he added. “There is no set timeline for when those will be available, so for now and quite some time to come, interaction between  humans, automation and robotics will continue to be the norm.” 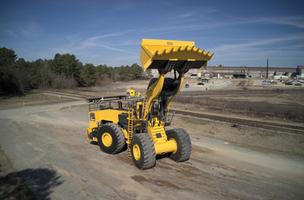 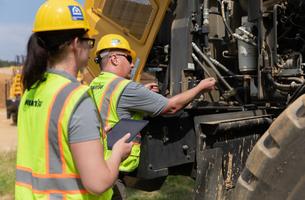 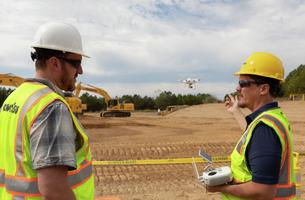 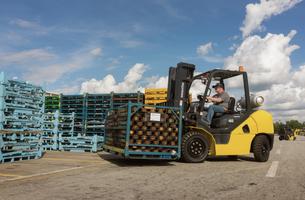