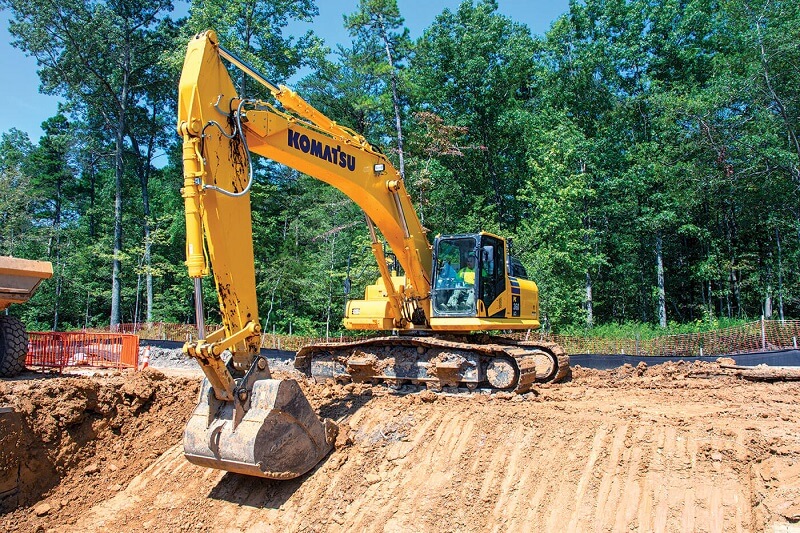 Liesfeld Contractor takes pride in being at the forefront of construction technology. The Richmond, Va., earthwork contractor was one of the first in its community and surrounding area to use a dozer with an aftermarket GPS grading system.

“It was awkward, but it was cool; and, at times, it would grade by itself using an indicator system,” recalled Vice President Joe Liesfeld III, who along with his father, Joe Jr., own and operate the firm. “The technology continued to improve, which helped with efficiency, but the drawback was that our operators had to spend time installing and taking down masts and cables every day. That takes a bite out of production time.”

When Komatsu introduced its initial intelligent Machine Control dozer five years ago, Liesfeld Contractor jumped at the chance to be the first to demonstrate the revolutionary D61i-23 with factory-integrated GPS that required no time-consuming set up of masts or cables.

Komatsu has since added five more sizes of the machine: D39i, D51i, D65i, D85i and D155i. Some of the dozers are in their second generation, including the D61i-24s. All feature fully automatic blade control from first pass to last. During rough-cut, if the system senses excess blade load, it automatically raises the blade to minimize track slip and maintain forward momentum. The blade also automatically lowers to push as much material as possible for maximum production in all situations.

“Right away we recognized that the original D61i was a game-changer,” stated Project Manager Kelby Morgan. “Komatsu built a bulldozer around GPS, versus trying to adapt GPS to the bulldozer. By doing that, they created a superior product. After the trial period, we made it part of our fleet and have since put additional units to work. We use them in all facets of construction, from stripping topsoil to putting a site to final grade. The accuracy is outstanding.”

With thousands of machines in North America and total fleet hours into the millions, Komatsu’s intelligent Machine Control dozers have proven to reliably deliver accuracy on jobsites.

“The blade is a dirt pusher, and it’s also our survey crew,” stated Liesfeld. “The dozers always know where they are in relation to final elevation. They have virtually eliminated staking and the need for extra labor to check grade, which is a huge cost savings. After the site model is loaded into a machine, we set up a base station and a benchmark, and that’s it. We have noticed the biggest savings with fine grading. This technology allows us to do (finish grading) three to four times faster than before we acquired the first intelligent Machine Control dozer.”

Liesfeld Contractor’s Technology/GPS Manager Chris Ashby builds 3-D site models based on CAD files provided by engineering firms. After checking for accuracy, he sends the models to the dozers via Topcon’s SiteLink3D system.

“It’s seamless, and once the model is loaded, the machine is ready to go to work,” said Ashby. “The operator always has an overall, site-grading map available on the high-res monitor, detailing elevations and where cut- and-fill locations are. If there is a change, I can send an update directly to the machine, so that adjustments are virtually instantaneous.”

Excavators effective in every application

Ashby can also transmit revised information to the firm’s intelligent Machine Control excavators. Komatsu announced their arrival with its PC210LCi-10 – the world’s first such excavator – approximately one year after the D61i-23 dozers. Liesfeld Contractor runs a second-generation PC210LCi-11, as well as PC360LCi-11 units.

Among a host of standout features in the excavators is an exclusive control function that goes beyond simple guidance to semi-automatically limit overexcavation and trace a target surface. Once the target elevation is reached, no matter how hard an operator tries to move the joystick to lower the boom, the excavator won’t allow it. This reduces wasted time and the need for expensive fill materials.

“The main uses for our excavators are trench digs for dry utilities, so the models are done on a ditch-by-ditch basis, because each is unique,” Ashby pointed out. “Recently, on a large project, we had dozens to dig. If each required staking and we needed someone to constantly check grade, the cost would have been fairly high. Once I loaded the models, the operators could simply excavate the trenches and move the dirt.”

Morgan added, “There were a lot of ups and downs to those utility trenches compared to straightforward ditch digs, which added to the complexity. As a result, there was no way to use laser guidance. Every grade break required staking, but the integrated system eliminated the need for that. The technology allowed us to work confidently, knowing that once the excavators reached target depths at each point of the trenches, our operators could not go beyond that.”

On the same project, Liesfeld Contractor used the excavators for additional applications. “They have the versatility to move mass quantities of materials, as well as do precision work such as slopes, so we were able to construct a relatively large pond rather quickly,” said Ashby. “Because these excavators are accurate and could put the entire area to grade, we did it without a dozer. That eliminated additional machine costs.”

Joe Liesfeld Jr. founded Liesfeld Contractor in 1972, clearing house lots with a dozer, chainsaw and a dump truck. As the years progressed, so did the company. By the mid-1980s, commercial site work and other large projects that involve a comprehensive package of services became the norm, most of them for repeat customers. The Liesfelds also operate an environmental company that offers wetland construction, as well as a recycling operation.

Expansion continued through the 1990s, when Joe III and his brother, Kenny (who’s no longer with the company), as well as Morgan joined the business. The trio were instrumental in bringing GPS technology to Liesfeld Contractor’s jobsites.

“We have moved millions of yards of dirt through the years, and we’ve always sought ways to be as efficient and productive as possible,” said Morgan. “The intelligent Machine Control products really upped the ante. They make operators at every career level more effective, and our people love them.”

Choosing the right electric rope shovel for your mine 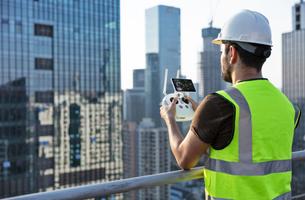 How to integrate tech to overcome job site challenges 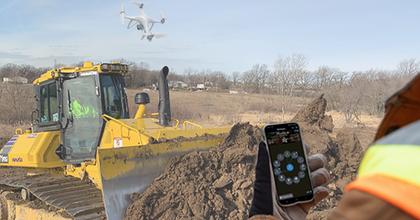