To overcome the labor shortage in the construction industry, having a focus on employee retention and creating strategies to maintain your current workforce is paramount.

While the number of available construction projects continues to increase, a recent survey from the Associated General Contractors of America (AGC) found that 91% of construction firms are having issues finding and hiring employees.

Being short staffed can reduce production and increase costs, so the entire industry is feeling the effect.

Creating a quality environment for employees can help you get the most out of your current workforce and make sure that they stick around.

“A lot of it is creating an environment where employees are engaged enough that when that phone call comes through from a recruiter, they say, ‘No thanks, I’m good’,” commented Iris Farley, vice president of talent at Komatsu. “We currently don’t have enough people coming into the industry to satisfy the need created as people retire and leave the industry, so you need to retain employees.”

Farley continued, “The labor market is absolutely a seller’s market right now. We’re seeing people that are leaving jobs without a next job lined up, and that speaks volumes. When you’ve got that many people floating freely in the market, then it could be an opportunity. What do you have to offer in the marketplace as an employer? Is it compelling? We are seeing some companies that are offering pay increases in the 40% to 50% range to acquire talent, but is that a practice a company can sustain long term?”

While compensation is important to people, there are other ways to create a compelling workplace that employees want to remain a part of.

One of the most important ways to retain quality employees is to keep them engaged.

One of the most important ways to retain quality employees is to keep them engaged.

“Engagement is the level of discretionary efforts that an employee is willing to put in to help drive success of the company and their own success,” said Farley. “People who are not engaged may be getting the minimum of what they need to get their job done, or quiet quitting, while an engaged employee is going to take it further because they want to achieve.

“Conventional wisdom says the more engaged your employees are the more likely you are to retain them,” continued Farley. “You give people development opportunities, a clear career path, and recognize employees for the work they’re doing. Those are some examples of what managers can do throughout the year, and those things can carry a lot of weight to employees.”

In Reno, Nev., Aspen Earthworks Inc. takes a proactive approach to engaging with its staff.

“We recognize our employees on a weekly if not bi-weekly portion,” said Ryan Dustin, owner and president of Aspen Earthworks. “The employees get their recognition sent throughout the company. Not only are we recognizing them, but it also serves as a model and benchmark for other employees.”

From benefits to leadership development and training, showing that you want to take care of your employees and help them grow is an important aspect in internal retention to overcome labor shortages in the construction industry.

“Is this a place I’d like to continue my career?” asked Farley. “Are they doing things that excite me? Is the compensation and benefits package something that’s going to be sustainable for me?”

Benefits can be the first place to start when investing in your employees.

“You need to make sure to offer all the benefit packages you can,” said Dustin. “My company is 6 years old, but we offer 401(k), retirement and all insurances. We offer a competitive wage for the market, and we treat our people well. We know that our core foundation is our people. We respect that and continue to move forward with the same amount of respect as we started from day one.”

Aside from benefits, programs that develop leadership skills for in-house employees show a commitment to the staff and can pay dividends by creating positive leaders that aid in employee retention.

“When talking about leadership development, there’s the adage that people don’t leave companies, they leave managers,” said Farley. “I do know that having a good leader who helps people understand how their work fits in, makes sure they have development opportunities, and recognizes their employees — that’s just good leadership. The more that we can do to bolster that the better.”

“One thing that we are doing here at Blue Mountain to retain employees is to cross-train,” said Richard Stringham, the plant manager at Blue Mountain Minerals in Columbia, Calif. “There are those that come to work and just want to do one job, and that’s fine. We need those people. There are those that want to move up and around. I need those people as well, so my focus in the last 18 months that I’ve been here has been cross-training. They want new skills, and I appreciate them wanting new skills. I can use them after hours on weekends in jobs that they don’t do all week, so it’s something different for them. It’s a two-way street that we provide the best job and environment for them to work in.”

Bringing people into your company with adjacent experience can allow you to quickly reskill or upskill them, so they can do jobs safely and with a level of expertise.

It’s important to think about how you can retain a potential employee during the hiring process.

“When we look at our equipment and the types of roles that are employed in construction, mining and forestry, a lot of those positions are skilled trades such as machinists, mechanics and welders,” said Farley. “One of the biggest concerns we have from a talent acquisition and retention standpoint is where’s that pipeline coming from and is it solid enough?”

For companies like C.A.S.E. Construction Inc., which is based in Edinburgh, Ind., the strategy has been to prioritize character over experience when hiring.

“If we have the right people, then the company will always find work,” said Jesse Smith, vice president of C.A.S.E Construction. “They don’t need to have the knowledge right now, but they need the character we’re looking for.”

That character was found in operator Jesse Walker, who began his career working in diesel engine testing in Columbus, Ind. For him, excavating was a side business, and he mostly did smaller landscaping jobs. However, he decided to make it his full-time profession with C.A.S.E. Construction.

“I was brought in as a younger guy to learn from the ground up and create a foundation for the future of this company that I can be a part of,” said Walker.

Bringing people into your company with adjacent experience can allow you to quickly reskill or upskill them, so they can do jobs safely and with a level of expertise.

“What kind of programs do you have in place that you can quickly bring a new employee up to speed on the workplace or equipment they will be involved with?” said Farley. “For example, you hire someone who is an auto mechanic, or they were a mechanic in military service working on a different type of equipment, but they’ve got the aptitude. How quickly can you teach them about the equipment so that they are ready to go?”

Finding new employees by appealing to new demographics can also yield great results. With the majority of the construction industry being white and male, according to a McKinsey & Company report, there are a lot of different demographics companies can still reach. Only 11% of the country’s construction workforce consists of women, according to the U.S. Bureau of Labor Statistics.

“It’s absolutely an untapped market,” said Brian Turmail, senior executive director of public affairs for AGC, in an interview with CBS News. “We are fighting workforce shortages with one hand tied behind our back.”

Since beginning a digital outreach program this year to attract women to the industry, AGC has received tens of thousands of applications from women interested in pursuing a career in construction.

Lastly, it’s crucial to include and inform the younger generations because they are the future. You can appeal to students through recruiting programs that also engage with parents and guidance counselors. Show teenagers and young adults that the construction industry is a viable career option that can be just as rewarding as a four-year university degree. By developing relationships and connections with prospective members of your team, you can yield a new pipeline of employees for your company and combat the labor shortage in the construction industry.

Learn more about how Komatsu invests in its employees and culture. 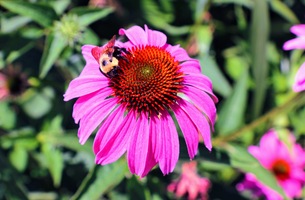 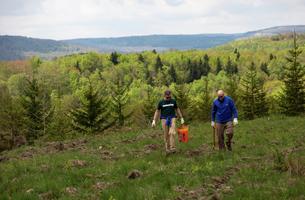 Our sustainable future together is essential business