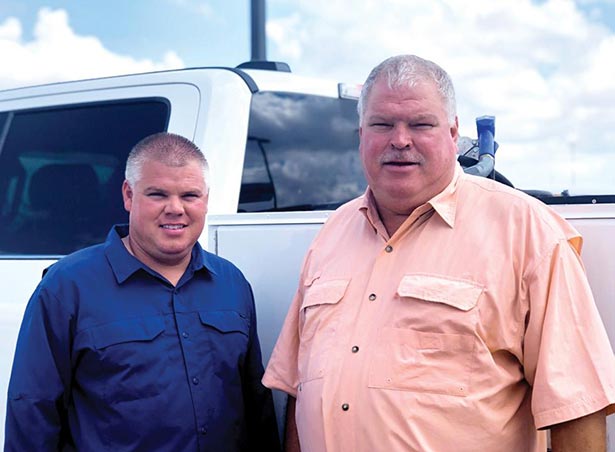 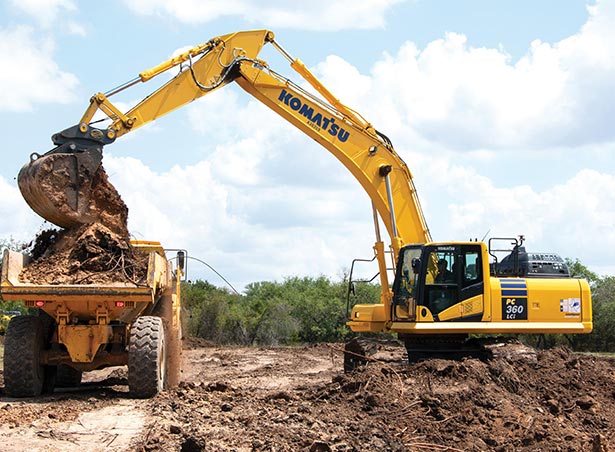 S3 Sitework uses intelligent Machine Control excavators with factory-integrated GPS for a variety of grade work to save time and expense.

Like his father, David Smith II went straight to work after graduating from high school. At 17, he ran residential crews in the family business, which performed site work for developers on subdivisions as well as single lots for private homeowners.

“When the markets crashed in 2008, housing pretty much dried up,” recalled Smith, who, along with his father owns and operates S3 Sitework in Copperas Cove, Texas. “Dad sent me to do a commercial job. He figured the project would take around six weeks, but I had it done in three. The experience of working in close quarters near houses was a big help because it’s where I learned speed and efficiency.”

That project spurred additional commercial work and served as the catalyst for a move toward more automated excavating for the Smiths and S3 Sitework.

“I knew how to run a machine — period. Dad sent another guy to set and check grade and drive stakes,” said Smith. “I was really good at wiping them out, which meant resetting. I thought it was inefficient and costly, so we bought a GPS base station and rover. Now, that technology plays a big role in our operations.”

He added that their firm saves time and money by using Komatsu intelligent Machine Control (iMC) PC360LCi-11 and PC490LCi-11 excavators. The Smiths put them in their fleet about a year ago and appreciate the factory-integrated GPS grade control.

Once the teeth contact the set design grade, no matter how much you push the joysticks, the excavators will not let you over-dig. That saves time and material expenses in subgrade preparation.

S3 Sitework builds models, uploads them to the machines, and cuts grade using the iMC excavators’ semi-automated features. “They prevent over-digging. Once the teeth contact the set design grade, no matter how much you push the joysticks, the excavators will not let you go deeper,” explained Smith. “That saves time and material expenses in subgrade preparation.”

He noted a particular job where the excavators stood out. “On one subdivision we had to cut a road, house lots and bar ditches. The ditches had three-to-one slopes, so there were sizable transitions from the bottom of those to the pads and onto the street subgrade. Using the models, the operators and machines made the changes flawlessly without stakes. We only needed to check grade occasionally, and it was spot-on.”

Smith said he knew the iMC excavators were the right machines for S3 Sitework from the first time he demonstrated a PC360LCi-11 on a channel cut. “It had one-to-one slopes and had to be concrete lined. There was no way to cut that with a dozer,” said Smith. “We dug the channel extremely fast with no overrun on the materials.”